In May, at a gathering in Sedona, my friend Brenda held court as she’d always done when we came together, though it would only be a matter of days before she would take her last breath. After a year of chemotherapy and radiation, the bile duct cancer with which she’d been diagnosed had spread to the lungs, liver, and a space behind the heart.

Though she was dying, she’d been filled with sufficient energy to take that long-planned five day trip to Sedona. None of us knew to a certainty that it was her last journey ~ there was always the possibility of healing ~ but it didn’t matter. We were together and we immersed ourselves in the presence of love, all of us in a beautiful place, celebrating our friend and one another.

I had not been back to Sedona since Brenda died, but as I traveled there yesterday morning, my GPS directed me to take what I will forever think of as “the angel trail.” It’s a winding road south of Sedona which neither of us had driven before May. It’s where, in a terrifying ride back to Phoenix the Monday after our get together, Brenda and I both felt the presence of an angel in the car with us.

For non-woo-woo folks, I know that sounds like madness. To make it just a tad woo-woo-ier, though, I’d set a playlist for the trip which was, at the very instant I felt the angel, playing a gorgeous tune called Angel Dreams. Make of that what you will. It happened.

The ride was terrifying because I was certain I’d be hauling her out of the car on the way down, performing CPR. We had one tank of oxygen which, at the rate she was using it, would last 25-30 minutes at most. Sedona is almost two hours from Phoenix. A pulse oximeter showed a blood oxygen level in the low 80s, even with oxygen. I’d suggested to Brenda that trying to get her home was lunacy and a sane, responsible adult would take her to the ER. She refused to go. In retrospect, she was so oxygen-deprived I could have wrestled her into anything but instead, we took off. One dying woman, one small tank of oxygen, and me.

I held her hand and sang to her as we sped down the road, and then an angel was with us. I don’t feel the presence of spirit in the casual way of many of my friends who are mediums. “Oh, your husband/mother/father/son is standing right beside you” will never come out of my mouth. Unless it’s strong and intense, I mostly miss it.

And there it was. Strong. Intense. Unmissable. An angel. I do know that sounds insane, but yes, really, an angel was in the car with us. I said “Brenda, there’s an angel here.” And my friend, who was becoming quite an accomplished medium when she died, said “Yes, I know. I feel it too.”

In my imagination, there was an angelic hand on the tank of oxygen, ensuring we’d make it. We did. An angel was there. We both felt it, but who knows for certain? Whether or not you believe, though, this is a fact: the impossible happened. Thirty minutes of oxygen lasted for two hours. That’s indisputable.

At the same time, a group of friends in two other cars were texting each other about what to do for lunch. Getting Brenda on the road had been a frightening experience for all of us. One of our dear ones texted another about lunch plans, “ask her if she wants hummus with no seasoning,” but what was received was a promise for Brenda and for all of us: “a spring day, she wants Home, sweet nothings.” A message: Brenda was leaving, but she was ready. Angels again.

Returning to the scene of that near disaster this morning, I passed the point where the angel joined us (yes it did), and just around a curve on the angel trail was the Arizona state trout hatchery. When we’d passed it last May going to Sedona, I’d gotten all excited about stopping. I find hatcheries irresistible, but for all of her brilliance, Brenda had little interest in the natural world. She snorted at the prospect of a fish-oriented outing, laughingly played the cancer card, and suggested we stop on the way back instead. On the way back, of course, little fishes were the last thing on my mind. Keeping my friend alive was paramount.

But I do love a good hatchery. All those little slippery babies swarming around? They’re adorable, and if you can get your hands in the water, they feel like silk. I have fond memories of a childhood spent splashing around ponds and lakes, chasing tadpoles, scooping up handsful of baby catfish only to feel their wee silky bodies slipping between my fingers. No access to the water at the hatchery, though, so I contented myself with throwing feed, watching them swarm, and admiring their silvery sides shining in the sunlight. 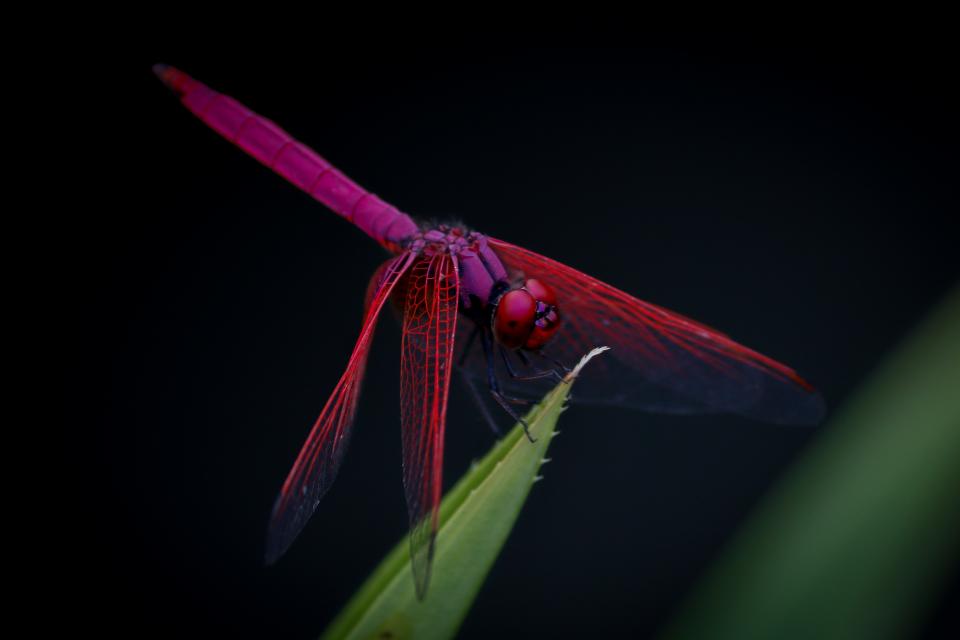 And then, magic. Suddenly, a red dragonfly (red!) buzzed by me. Once, then again. Then over and over, back and forth. It was dancing above the surface of the water. I got the intense full body shiver that’s my indicator of spirit’s strong presence and I knew Brenda was standing there with me.

As I watched, I remembered my sweet little husband having mentioned a red dragonfly in a development session I attended with some practicing mediums just a week before, and I thought “Mike? Where are you, honey?”

And in a flash, there were two. Two brilliant red dragonflies putting on a show in this enchanted part of Arizona where I’ve spent such happy times with Mike, with Brenda, and with so many of our spiritual friends. (And with an angel.)

Leaving, I got an image in my mind of the old school switchboard operators, an endless row of busy folk plugging in one line after another. In this vision, all of our loved ones in spirit stand behind, watching the board and the efforts to make contact. When a connection is made, when a sign is received and affirmed by someone in this world, the switchboard lights up and everyone applauds. All of our misty folk ~ those who love us and the ones we love ~ celebrate. Joy fills the room, and then the task continues.

Every day we are shown in small ways and large how much we are cherished by those we’ve lost. Watch for those signs. They’re everywhere if we’re willing to look with our hearts open to love. We are so intensely, deeply loved by those in spirit. I am overwhelmed with gratitude even writing that. I hope you know it ~ and feel it ~ too.

8 thoughts on “brenda, mike, and an angel”