Over the two days my friend Brenda was dying, three times she looked at me with eyes which were not hers. There was something huge in them. It was a vision of the greater Brenda: it was rich and velvety, with a fathomless depth that was riveting. That immense presence, the real Brenda momentarily revealed, was fully aware and alive even as her body was letting go. In her eyes, I could see the truth of what had been living out the Brenda story for the 64 years she experienced this world. I could feel — for an instant — the astonishing love of which she was made.

The first time I saw eyes like that was a week before my husband died. Coming out of a coma in ICU, Mike looked up and over my shoulder as I leaned over his bed in the middle of the night. Sounding very disappointed, he said, “oh honey, the door just closed. And Pat was here. Where did he go?” Mike’s brother Pat had died by suicide at Christmas thirteen years before. Where did Pat go? He went back to his real life, back through that door which briefly connected the two worlds, closing it behind him. “The door just closed.”

It was only a few days later, while still in the hospital, that Mike looked at me over breakfast and matter of factly said, “I’m going to die.” I suspect his brother had given him that news the night of his visit. “Hey bro. You’re coming with us. Not right now, but soon.” Mike never talked about dying, not ever. When he looked at me after this shocking pronouncement, he had those eyes. I saw the being beyond the Mike suit, the vastness of who he really was inside the husband costume he wore in life. Those eyes told me it was true and it broke my heart. Five days later, he was gone.

Christmas of 2012, a few days before my father’s death, I was leaving his room at the nursing home. Cursed with vascular dementia, daddy didn’t recognize me anymore. Yet as I bent over to say goodbye, he clearly said, “just a minute.” Then he turned his head, looked up to the corner of the room, held up his hand and said, “Stop talking! I am saying goodbye to Lynette. Come back in 30 minutes.” When he turned back to me, there it was in his eyes. The luminous presence of love and all-that-is-ness which I’d witnessed in Mike just three months before. I have no doubt he was communing with spirit in that instant. He’d scarcely been lucid for weeks and suddenly he was there, sounding like he always did. For a moment, his soul came to the fore and I really saw him. My sweet, loving father was revealed for the divine being he really was.

I once talked to a 17-year-old mother who had held her hand over her child’s mouth and nose until the two year old ceased to breathe. She then took a shower, dried her hair, applied makeup, and, after once again checking her daughter, ambled slowly to the neighbor’s house where she called 911. “My daughter stopped breathing. Can I get an ambulance?”

Aside from the chilling lack of emotion in this confession, what I remember most about that interview was her eyes. They were flat, impenetrable. The phrase “no one home” is apt. We might say she looked inhuman, but I suspect in that place and time she was aware of only her humanness with not an inkling of her soul’s presence within. Obviously there was a deep disturbance within her human being. It wasn’t the first time she had hurt her child, but this time she’d gone too far.

When my mother vanished just before Christmas in 1969, the FBI, OSBI, and our state newspapers publicized her disappearance using a photo taken a few months before. My sisters and I detested that picture. In it, her eyes looked dead and tortured. There was nothing of our loving, kind, vivacious mother in them. The photo perfectly captured her state of being as it was when she disappeared, though. Deeply depressed and bereft of hope, in that state of human suffering her eyes were those of a stranger. Unrecognizable.

As awakening people we are encouraged to live our lives somewhere in the wide open space between fully human and fully spirit. A good balance in that mix is the goal, though these days I prefer to inhabit the spirit side as much as I can. It feels so delicious, I can’t help it. Who wouldn’t want to live that way? But mostly, we want to experience both. I shout sailor words at a motorist who runs a red light, then my heart swells with love and I rescue an injured animal or extend my hand and my heart to someone who’s hurting. The human experience is exactly this: the endless rhythm of flowing from one state of being to the next, experiencing all of it, our beautiful souls and our beautiful, flawed human selves.

We were pure spirit before we came so we’ve got that down. Our humanness, though, that’s another story. And it’s that experience which drew us back here. Given the vicissitudes of this life, its agonies and traumas, the very idea we’d choose to come here seems ludicrous, but our souls make no distinction among experiences. In spirit terms, it’s all good, the joys as well as the sorrows.

My friend, the talented medium, Sandy Soulsister, gave me a reading when she was just beginning her studies. The connection with my mother was crystal clear and deeply healing. Among many other notable messages — stories for another day — Sandy remarked several times on my mother’s eyes. “They are sparkling, her eyes. They’re so alive. She’s really drawing my attention to them again and again.” And a few minutes later, “she’s bringing me back to her eyes again, there’s something really important there. Do you understand this?”

It was what mediums call a super hit, a bell ringer. At that point Sandy could not have known the trauma of that last image of my mother the three of us carried for over forty years. Like all skilled mediums, Sandy maintained a clear channel, relaying the message without knowing how meaningful and healing it truly was. In spirit, my mother was free of her human state. The eyes she showed us were sparklingly alive, showing the truth of her.

Absent our human facades, our souls shine brightly. My mother, freed of the Audrey story, was once again who she was, a splendid being of love and light. I glimpsed that same awe-inspiring presence in Brenda, in Mike, and in my father. Because there is one energy inhabiting the universe, I know that the 17 year old who murdered her daughter also shines brightly at the soul level. With her humanness turned up full blast, I couldn’t see her in that interview but the fabric of her construction is love, just like every other one of us. Once we slip out of our human suits, who we are can’t be denied. That troubled young woman’s soul is in there, waiting to sparkle, waiting to be revealed in all of its majesty.

We are all that magnificence. Our humanness wants retribution for the dreadful things that happen here. Our souls know that all is well. The guides of my spiritual teacher, Suzanne Giesemann, tell us that no one comes here with the intention of hurting another, and yet it happens. Our challenge is to remember that there is light within each of us, no matter how unlikely that may seem.

Look at the eyes. Shoot, look in a mirror at your own eyes right now. Keep looking. Hold that gaze, hold it … there. Do you see? Inside each of us — inside of me, inside of you — just barely hidden (and at times deeply hidden), there is the magnificence of All That Is. You are that. All of us, every living creature in existence and beyond is that. Me too. And I see you, beautiful light. 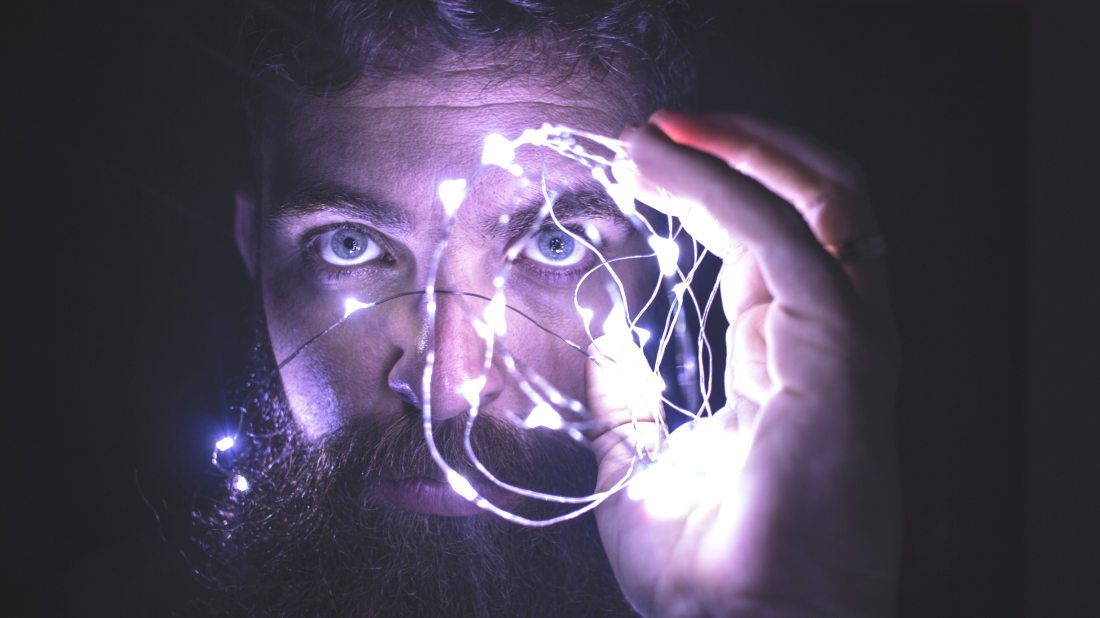 14 thoughts on “I see you, beautiful light”