Skip to content
An Unexpected Mystic hello from heaven, Mediumship, mystical encounters, Uncategorized May 16, 2019May 17, 2019 7 Minutes 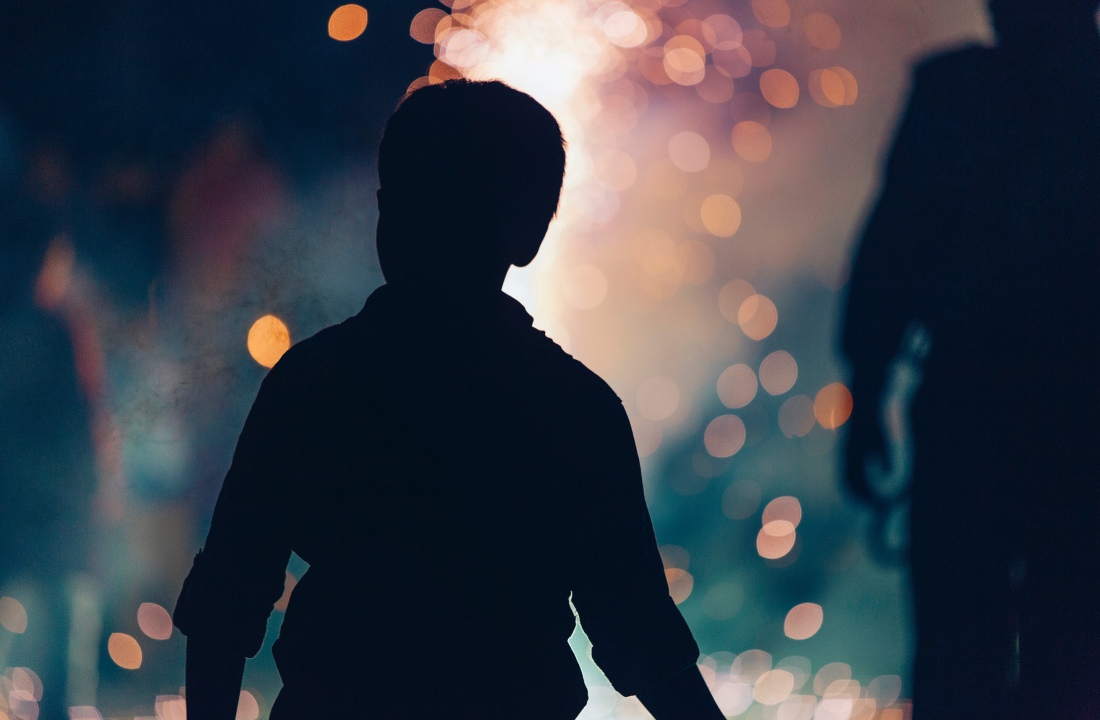 My brother in law died Sunday. It wasn’t unexpected. He’d been ill for years. But we also used to joke about his nine — or ninety — lives and how he seemed to escape death’s clutches over and over, so even in the last days there was some uncertainty.

I’ve known him since I was 14. He’s the reason I love Leon Russell, John Mayall and Muddy Waters, beans with cornbread, and jalapeños. He was wildly charming, funny, and a fantastic cook, a good dad to his little boys, a superb athlete. People loved him.

He was the love of my sister’s life and then not so much, leading to a divorce in the mid-90s. But his greatest legacy is still walking the earth: two of the finest young men I’ve ever met. Terry’s young life was difficult — really, HE was difficult at times — but his boys are a treasure.

It always seemed odd to me that I was often the one he called when he was in trouble in some rough years after the divorce. At 3 am, from a pool hall in midtown, “Net, can you come get me?” He’d crashed his little white Lexus and there was a fire on the freeway. I could see the flames from two miles away and police were everywhere. Once I was certain no one else had been hurt, we fled the scene like bandits, partners in crime. It was a mess he’d clear up down the road but mixed in with my attempts to be a grownup, lecturing him about his drinking, we laughed hysterically over our escape as we raced across town.

I took him to treatment once, AA a few times, and I picked him up from jail when he called. After a terrible accident and a long recovery, we spent two nights roaming the mall, running up my credit cards, getting him outfitted in new suits and shirts so he could go back to work. On cool mornings in Tulsa, I meditate wrapped in a soft knit scarf, his last gift to me at Christmas two years ago.

I have always loved him and I’ve sometimes wanted to strangle him and when it was clear he was dying, I just felt sad. Mostly about how he grew up, what he never had as a child and what he lived with as a result. Not enough love or safety, way too much abuse and uncertainty. Two younger brothers died before him. There were alcohol issues, a family trait as with many of us, but some of the best people I know share that challenge. Beneath the bravado, the cool exterior, there was a vulnerability that always touched my heart. His scrappy granny, Valta, the one constant in his young life, also left this earth years ago. Except for his boys and a couple of long time friends, he had lately seemed so alone.

In mediumship circle Sunday afternoon, I told everyone he’d died and that I’d been asking for a sign that he’d been received and was okay. I KNOW* it can’t be any other way and yet while I’m playing out the Lynette story, reassurance is a comfort. Terry was not religious. Neither am I now, but by the tenets of my religious upbringing, he’d be headed for the hot place just for being unchurched.

The gifted medium, Sandy Thorpe, was first up, saying “all of your people are here, Lynette, and there’s so much love. Our brother J is here!” (That’s Jesus, for the record, right there with open arms and a message of love.)

“He really comes in with arms out, saying ‘I just take all the children back,’ and we’re all his children. And yet he’s not saying that as looking down by any means. He’s saying there’s always love here, even when maybe they’re not ready to communicate … there’s just such love. And it doesn’t matter what anybody does in their life here. He’s really just saying it’s all love, for everybody.”

You don’t have to be religious to feel the joyful promise in those words. Sandy went on, “I do feel your dad over here too and he kind of takes credit for all the questioning you have and your desire to find the root of everything. He’s there … But they are all here. There’s a web of this. It all makes sense. I can’t even relay how it’s coming through. It just all came in, like BOOM, and it all somehow makes sense.”

I had begun weeks ago asking my dad to meet Terry when he passed. Daddy was someone Terry deeply admired and loved, and in this reading, there he was. Of course. The web of love, of connection, is indestructible and all-encompassing.

By way of another friend, the fine medium and healer, Barbara Kulle, Terry’s grandmother came through with a reference to his brothers. “There’s a little woman here. Short, round, a ball of fire. I’m hearing that song, One little, two little, three little Indians,” a reference, I instantly knew, to Terry, his two brothers in spirit, and their Cherokee heritage.

Barbara: “I’m feeling a crowning energy, a woman, short, round, there are lots and lots of people … the woman [Valta] was trying to gather everybody together. She had a lot of energy, trying to get everyone together.”

Sandy: “…because it really does take a village. People are stepping in to help out. Like Indra’s net… they light up when we need them to. All I know is that all of Lynette’s people dropped in at once. Mike is here as well … And he was throwing a blue book at somebody. Mike threw the book — it wasn’t mean. It was just like a toss. He’s funny, Mike. Really funny.”

That blue book? The AA big book. That my husband, sober 21 years when he died, would toss it at Terry, who never managed to stick in the rooms, was hilarious.

Sandy: “And along with that, Brenda is here, and she’s saying, ‘What did I tell you guys? This is just how it is.’ She’s so delighted to be a part of this and sharing this journey with all of us, and you, Lynette.”

Barbara: “Valta again, that little woman with that big energy, she’s saying she has her three little Indians in hand now. You know now that he’s with his brothers… she is certainly a force of nature.”

Sandy: “Lynette, Brenda is still around here so I asked her about some evidence, it feels like Brenda was a part of that healing at Debra’s? [A group of us experienced a healing with the remarkable medium and healer, Debra Martin, last Friday.] Did you draw some [oracle] cards while you were together? And then I saw some shrimp or crawfish or some kind of seafood things with legs. And I don’t know if this was just me, but there was chocolate pie or something.”

Leave it to Brenda to back up this whole experience with evidence. That’s part of what she’s doing on the other side, being “the medium’s medium.” Brenda was a big part of the healing with Debra, and the answers to the questions are yes, yes, and yes, not pie but chocolate, including peanut butter cups which are, in essence, delicious little pies.

And then Sandy continued. “You manifested this, Lynette. Each one of us is just as equal and worthy as anybody else.” And what no one in this group knew is that I’d had an encounter with my sweet brother Jesus two days before Terry died after the healing with Debra Martin. And while it only lasted for a short time, it was intense and very real. I’d been asking him to be with Terry, to meet him at the last breath, and his appearance to me Friday was reassuring. This incredible experience on the day Terry died was a promise fulfilled. Manifestation indeed.

The feeling of being in that sacred presence in this mediumship circle was tremendous. I could feel the energy of Jesus, of Archangel Michael, who also checked in, of all of my family members, and my brother-in-law’s grandmother, Valta. All of my people were there even including in that web — that net of love — the children whose lives I touched in my work in child welfare. It was a reunion. The web was evidence of how we each connect and stay connected with the lives of others, little lights joining up into eternity, the glue, of course, being pure love.

The surety that we are each embraced by that and held in the very heart of God when we cease breathing is like nothing else on earth. I spent years terrified of God, of dying, and now I know the truth: There is no death and no separation, nothing but an embrace, a homecoming. We are received by love and open arms.

Before Mike and I remodeled the kitchen in our little cottage, when we had gatherings of friends and family, most people sat in the living room or dining area. I was always in the kitchen baking or putting together a meal to share with those whose voices I could hear in the next room.

Lately I’ve been thinking about that in terms of how it feels to be here and not with my misty people.

But they are with me. Just over there, around the corner, in the next room. Terry just arrived. Brenda and Grace have settled in. Daddy, mom, Mike, Jack, Pat, and so, so many others, they’re all there, chattering away.

I’ve got work to do still, creating something (what? WHAT???) else I’d be there too. But I can hear them: their laughter, the love in their voices. Sometimes someone pops in, “how’s it going in here?” and I treasure those visits. But in just a little while, I’ll be done with this work and I can join them for a rest.

I can wait. I hear them at times and I know they’re not going anywhere. How could they? Love and life — and connections of the heart — are forever.

*It feels strange sometimes to speak of separate entities in what I know is only One of us. And yet that is the experience while wearing this human suit and a sense of support and love seemingly provided by others is a gift. We are all just “happy thought bubbles” — as my beloved Suzanne describes it — in the mind of God.

12 thoughts on “received by love”